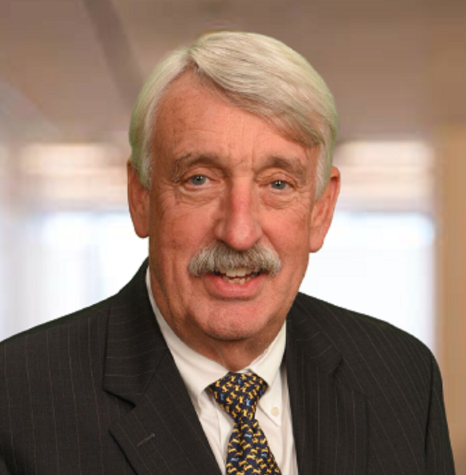 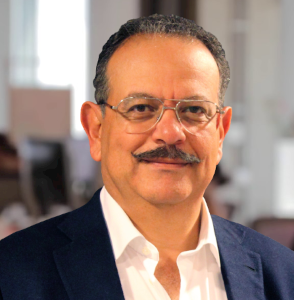 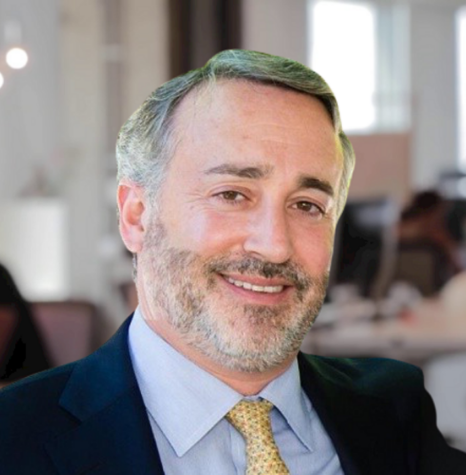 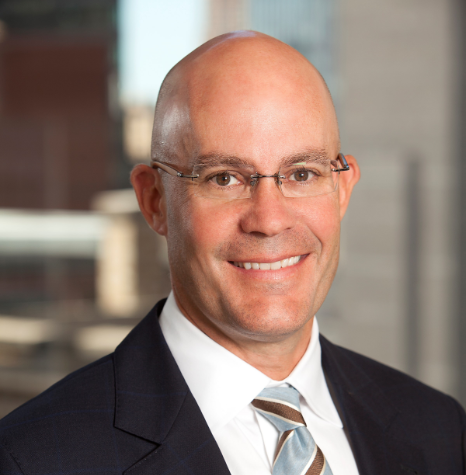 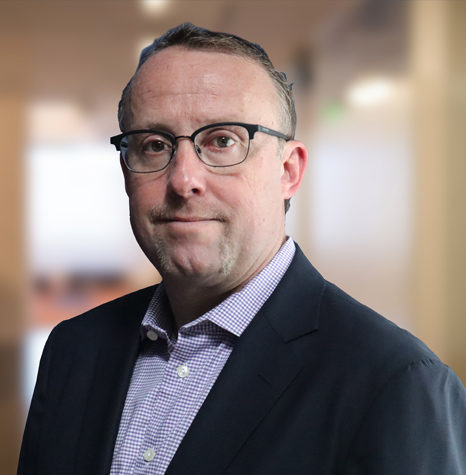 Thomas R. Bates, Jr. has 40 years of operational experience in the oil and gas industry, having held executive leadership positions at several major energy companies. He previously served as Group President at Baker Hughes, Chief Executive Officer at Weatherford-Enterra, and President of the Anadrill division of Schlumberger. A current director of TETRA Technologies, Mr. Bates also has served as Chairman of the Board of Hercules Offshore, Inc. in addition to serving on several other public company energy-related boards. He also was Managing Director and then Senior Advisor at Lime Rock Partners, an energy-focused private equity investment firm. Mr. Bates has a doctorate in mechanical engineering from the University of Michigan. He is currently an Adjunct Professor and co-chair of the advisory board for the Energy MBA Program at the Neeley School of Business at Texas Christian University in Fort Worth. Mr. Bates serves as Chairman of the Board and serves on the Board’s Audit Committee

Mr. Ihab Toma has served as a member of the Board of Directors and as Chief Executive Officer of the Company since August 29, 2016. Mr. Toma has over 30 years of experience in the oilfield industry. From 2014 until 2016, he served as a senior advisor to First Reserve Corporation, a leading global private equity and infrastructure firm exclusively focused on energy. Previously, Mr. Toma served from 2009 until 2013 in various executive capacities at Transocean, as Executive Vice President – Chief of Staff, Executive Vice President – Operations, Executive Vice President – Global Business and Senior Vice President – Marketing and Planning. Prior to his time at Transocean, from 1986 until 2009, Mr. Toma served in multiple capacities at Schlumberger. He served as Vice President, Sales and Marketing for Europe, Africa and Caspian for Schlumberger Oilfield Services from April 2006 to August 2009. From 2000 to 2006, he led Schlumberger’s Information Solutions business in various capacities, including President, Vice President – Sales and Marketing, Vice President – Information Management and Vice President – Europe, Africa and CIS Operations. Mr. Toma began his career with Schlumberger in 1986. In the past five years he held Directorships with 3T/Drilling Systems (UK) Ltd. (June 2015 to present), Paradigm Geophysical Corp (October 2013 to April 2018), AGR Group (Vice Chairman from January 2015 to December 2018), Engström & Engstöm (Chairman from May 2014 to May 2017), Fara-Rever (January 2018 to February 2021) and Apex International (January 2019 to present).
He holds a Bachelor of Science degree in Electrical, Electronics and Communications Engineering from Cairo University, Egypt

Paul Gordon is the Founder and Managing Member of Hillspoint Advisors LLC.  Hillspoint provides fiduciary services, including board of director representation and strategic advisory, for private and public businesses globally.  Hillspoint focuses on driving value-added returns for stakeholders via capital structure optimization, governance, incentive alignment, operational improvement and mergers and acquisitions.
Mr. Gordon previously served as a Managing Director and Head of the Portfolio Group at Anchorage Capital Group, L.L.C. where he worked with management and boards of companies where Anchorage was a significant investor.  At these companies Mr. Gordon’s responsibilities included governance, operational oversight and value creation and he served as a board member or board-level advisor for both public and private companies in a broad range of industries.  Mr. Gordon was also founding member of Anchorage’s CLO and CBO Investment Committee.
Prior to joining Anchorage, Mr. Gordon was a Managing Director and Portfolio Manager at S.A.C. Capital Advisors, LLC and began his investing career at Cerberus Capital Management, L.P.  Mr. Gordon spent the first part of his professional career in investment banking and leveraged finance.  Mr. Gordon received an M.B.A. from the Wharton School of the University of Pennsylvania and a B.A. from Cornell University where he graduated magna cum laude.

L. Spencer Wells is a Founder and Partner of Drivetrain Advisors, a provider of fiduciary services to members of the alternative investment community, with a particular expertise in restructuring and turnarounds. Previously, he served as a senior advisor and partner with TPG Special Situations Partner where he helped manage a $2.5B portfolio of liquid and illiquid distressed credit investments employing a “distressed for control” investment strategy. Mr. Wells previously served as a Partner for Silverpoint Capital where he managed a $1.3B investment portfolio consisting primarily of stressed and distressed bank loans and bonds focusing on the Oil and Gas Exploration and Production, Oilfield Services, Power Generation, Financial Institutions and Chemicals industries, among others. He previously served as an Analyst on the Distressed Debt Desks at Union Bank of Switzerland, Deutsche Bank and Bankers Trust. Mr. Wells has served on numerous public and private company boards including Advanced Emissions Solutions, Inc., Syncora Guarantee, Ltd., and Affinion Group, Inc., among others. Mr. Wells received his Bachelor of Arts degree from Wesleyan University and his MBA from the Columbia Business School. Mr. Wells serves as chairman of the Board’s Compensation Committee and serves on the Board’s Audit Committee.

Nils E. Larsen is a Senior Operating Adviser working with The Carlyle Group’s U.S. Equity Opportunities Fund. Prior to partnering with The Carlyle Group, Mr. Larsen served in a variety of senior executive positions with Tribune Company, including the President and Chief Executive Officer of Tribune Broadcasting and as Co-President of Tribune Company. Before joining Tribune Company, Mr. Larsen served as a Managing Director of Equity Group Investments, LLC focusing on investments in the media, transportation, energy, retail grocery and member loyalty and rewards sectors. Mr. Larsen started his career at CS First Boston where he focused on the capital requirements and derivative products needs of U.S. financial institutions and non-U.S. based entities. Mr. Larsen has significant governance experience in post-bankrupt entities. Mr. Larsen received his A.B. summa cum laude from Bowdoin College. Mr. Larsen serves as chairman of the Board’s Audit Committee and serves on the Board’s Compensation Committee.

Copyright ©2021 Vantage Drilling International All Rights Reserved.
FOLLOW US ON LINKEDIN
We use cookies on our website to give you the most relevant experience by remembering your preferences and repeat visits. By clicking “Accept All”, you consent to the use of ALL the cookies. However, you may visit "Cookie Settings" to provide a controlled consent.
Cookie SettingsAccept All
Manage consent

This website uses cookies to improve your experience while you navigate through the website. Out of these, the cookies that are categorized as necessary are stored on your browser as they are essential for the working of basic functionalities of the website. We also use third-party cookies that help us analyze and understand how you use this website. These cookies will be stored in your browser only with your consent. You also have the option to opt-out of these cookies. But opting out of some of these cookies may affect your browsing experience.
Necessary Always Enabled
Necessary cookies are absolutely essential for the website to function properly. These cookies ensure basic functionalities and security features of the website, anonymously.
Functional
Functional cookies help to perform certain functionalities like sharing the content of the website on social media platforms, collect feedbacks, and other third-party features.
Performance
Performance cookies are used to understand and analyze the key performance indexes of the website which helps in delivering a better user experience for the visitors.
Analytics
Analytical cookies are used to understand how visitors interact with the website. These cookies help provide information on metrics the number of visitors, bounce rate, traffic source, etc.
Advertisement
Advertisement cookies are used to provide visitors with relevant ads and marketing campaigns. These cookies track visitors across websites and collect information to provide customized ads.
Others
Other uncategorized cookies are those that are being analyzed and have not been classified into a category as yet.
SAVE & ACCEPT